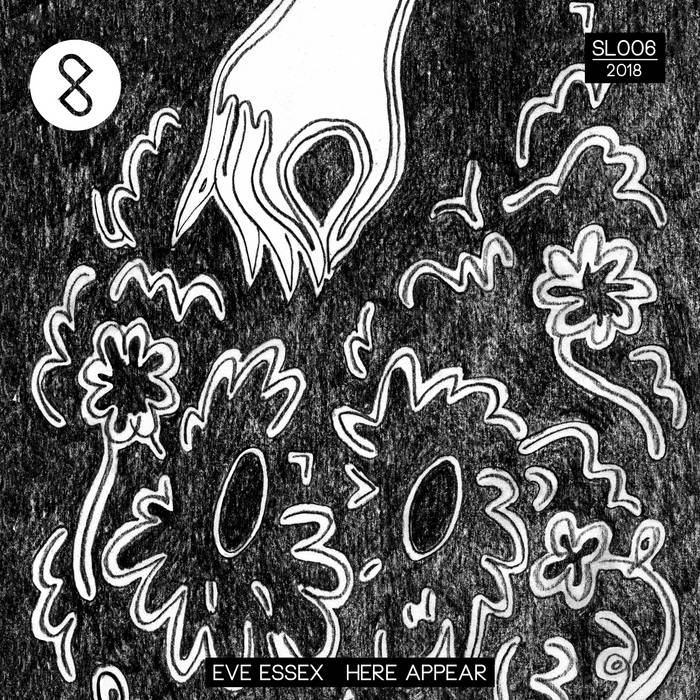 Here Appear is an invocation, a salutation, and a celebration — of past and perfect lives, forgotten and remembered, exchanged and borrowed.

Here Appear owes its minimal production to the conditions of its genesis, evidencing the restrained process of the solo artist; instrumentation is confined to what can be played simultaneously. True to the album’s avant-garde roots, each song involves an element of improvisation, often taking the form of prompts or variations on a melody rather than explicit compositions. Even its most structured pieces make use of live-sampled loops, which inject a spirited unpredictability into the songwriting process and subsequent performance.

Classically trained in bassoon at New England Conservatory before receiving a BFA in sculpture from RISD, Eve Essex has performed as a solo artist at Artists Space, Commend, Safe Gallery, Signal, Trans Pecos, Wendy's Subway, and U.S. Blues in New York, Harlekin/Mathew Gallery and StudioAcht in Berlin, and the PUFFERSS Festival in Providence, RI. In addition to her solo practice, Essex regularly performs as one half of Das Audit (with Craig Kalpakjian), as well as in trios Hesper (with James K and Via App) and HEVM (with MV Carbon and Hunter Hunt-Hendrix), and has collaborated extensively with Juan Antonio Olivares as installation/performance-art duo Essex Olivares.

Here Appear arrives via New York City-based label Soap Library on March 9, 2018 in both cassette and digital format, mastered by Helmut Erler at Dubplates & Mastering, Berlin, and recorded + mixed by Al Carlson at Gary's Electric, Brooklyn. Each tape includes a tactile complement — Justin Q. Martin’s cover artwork in the form of an embroidered patch. The LP release, from Berlin-based imprint Sky Walking, will follow in April 2018.

Bandcamp Daily  your guide to the world of Bandcamp

Featuring Plunky of Oneness of Juju and Coldcut & the Keleketla! crew.